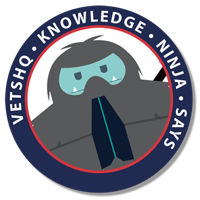 The Department of Veterans Affairs has provided new guidance to its regional benefits centers for determining whether specific U.S. Navy or Coast Guard veterans are eligible for presumption of exposure to Agent Orange or other toxic herbicides, based on veterans’ ships in Vietnam.

The VA Says: “According to 38 CFR § 3.307(a)(6)(iii), eligibility for the presumption of Agent Orange exposure requires that a Veteran’s military service involved “duty or visitation in the Republic of Vietnam” between January 9, 1962 and May 7, 1975.  This includes service within the country of Vietnam itself or aboard a ship that operated on the inland waterways of Vietnam.  However, this does not include service aboard a large ocean-going ship that operated only on the offshore waters of Vietnam, unless evidence shows that a Veteran went ashore.  Inland waterways include rivers, canals, estuaries, and deltas.  They do not include open deep-water bays and harbors such as those at Da Nang Harbor, Qui Nhon Bay Harbor, Nha Trang Harbor, Cam Ranh Bay Harbor, Vung Tau Harbor, or Ganh Rai Bay.  These are considered to be part of the offshore waters of Vietnam because of their deep-water anchorage capabilities and open access to the South China Sea.

The VA has separated ships in Vietnam into five categories, which are listed below.  The Department of Veterans Affairs places a ship on a specific list when “documentary evidence shows that it fits into a particular category.” The required evidence can come from an official ship history, deck logs, cruise books, Captain’s letters, or similar documents. A ship can be listed in more than one category, based on its activities.

For a presumptive service connection for exposure to Agent Orange or other toxic herbicides, evidence requirements may vary depending on the dates the Veteran was aboard and what ship activity occurred on those dates. What if a ship I served on is not on this VA Agent Orange ship list?

View the Ships In These Categories

I. Ships operating primarily or exclusively on Vietnam’s inland waterways

III. Ships that docked to shore or pier in Vietnam

Limited recognition of a presumption of exposure to herbicides has been given to blue water veterans. The VA recognizes non-Hodgkin’s lymphoma as related to service in Vietnam for Blue Water Veterans.  Other than this diagnosis, however, the veteran must provide evidence that there was specific exposure to herbicide agents, including Agent Orange. The general position of the VA is that personnel serving on the ships anchored in the open sea did not experience the same exposure as personnel on the ground.

The conversation continues — additional diseases as a result of exposure, as well as ships that served offshore during the Vietnam War continue to be added. Nearly 25 ships were added to the list this month, with service as far back as the mid-1960s.  There is now a list of more than 325 ships that were operated by the U.S. Navy and Coast Guard off the shores of Vietnam.

Any claim filed by Blue Water Veterans for compensation would be decided by the VA on a fact-based basis. This means evidence must show: