Veteran groups are increasingly skeptical of the progress touted by the Department of Veterans Affairs on backlogged benefit claims processing and the error rate of adjudicated claims — and they’re telling Congress: Don’t you believe it. 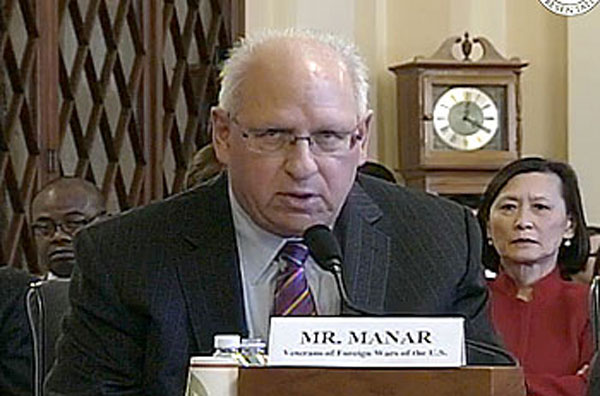 Particularly, groups like the Veterans of Foreign Wars and the American Legion are at odds with the VA over the numbers it posts in its Monday Morning Reports and the agency’s overly positive picture it paints for Congress related to it progress.

The VFW’s Gerald Manar, deputy director of National Veterans Service, told a Congressional committee on Feb. 5 that the agency was altering its rules for what constituted a disability claim just so the VA could make the backlog of claims appear to be shrinking.

Manar testified that the VA excludes veteran dependents and any claims appeals from its backlog numbers, which the VA reported on Feb. 3 as 397,000 claims. The total number of claims, including backlogged and those new to the system, is reported at approximately 700,000 by the VA. But Manar says that number is 41 percent of all outstanding claims.

“Today there are over 1.7 million compensation, pension and education claims and appeals. Instead of fully fixing the problem, VA leaders have redefined them,” he said. “Since VA couldn’t reduce the entire 1.7 million by 2015, they decided to define the workload as only disability claims requiring rating action.”

That new definition by the VA mean that the agency was not processing 60 percent of its overall claims. Manar said the result of that decision grew the inventory of claims filed by dependents of veterans from 40,000 to 630,000 over the past three years. The number of appeals of claims denials has increased by 16,000 over the past year to more than 268,000.

In December, the American Legion went before Congress to challenge the accuracy of the VA claims adjudication process.

The Legion’s own review of those claims showed that of 260 claims examined, 55 percent contained errors. “This statistic is in stark contrast to the approximate 90 percent accuracy rating in claims adjudication indicated by [VA],” the Legion stated. In another instance, the VA’s 95 percent accuracy rating at its Nashville Veterans Affairs Regional Office (VARO) was found to be substantially lower. The Legion found seven errors in 22 cases it reviewed at the Nashville VARO.

“Some VAROs incorrectly adjudicate and prematurely deny claims based on inadequate evidence — especially inadequate VA exams. These errors reveal for many veterans that the claims process can be adversarial,” said Ronald Abrams, joint executive director for the National Veterans Legal Services Program.

The Legion noted that even at the VA’s stated goal of 98 percent accuracy of adjudicated claims, that meant that there would still be 10,000 veterans who were denied benefits based on errors in the VA claims process.

You can view a replay of the Feb. 5, 2014 hearing, “Beyond Transformation: Reviewing Current Status and Secondary Effects of VBA Technology,” here.