It’s been the perfect storm that has overwhelmed the VA’s health care system. The VA has endured large year-over-year increases in enrollments in its health care system and continued difficulties in hiring and retaining medical professionals.

And that means veterans and their families are woefully underserved by the current system.

The nonpartisan Congressional Research Service published a report this month that shows these changes since 2001:

Family members of veterans are eligible to enroll in the VA health care system under certain circumstances, like spouses of permanently disabled veterans or spouses of active duty military who died during service can access care through the VA’s Civilian Health and Medical Program.

The growing number of enrollees in the system is meeting with the reality of a shortage of medical professionals, and the VA’s inability to retain those they have and entice new hires into its ranks.

The New York Times reported that the VA is currently trying to hire 400 primary care doctors (in 2013, the VA employed 5,100 primary care physicians.

“The doctors are good but they are overworked, and they feel inadequate in the face of the inordinate demands made on them,” Sen. Richard Blumenthal, (D-Conn.) and a member of the Senate Veterans Affairs Committee, told The Times. “The exploding workload is suffocating them.”

The just-passed bill in the Senate provides $500 million to the VA to hire more doctors and nurses. The Congressional Budget Office estimates the Senate’s version of the VA fix bill will ultimately cost $50 billion annually to taxpayers.

A look at the rise in veteran and non-veteran patients at VA hospitals and clinics since 2001: 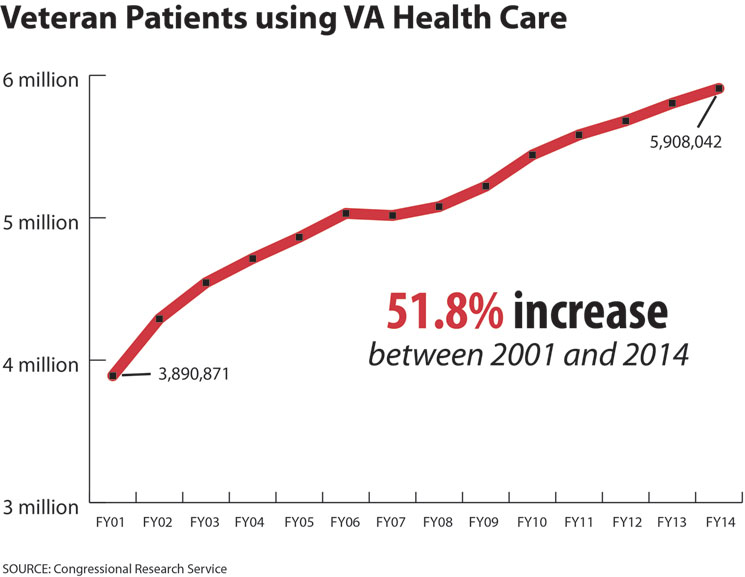 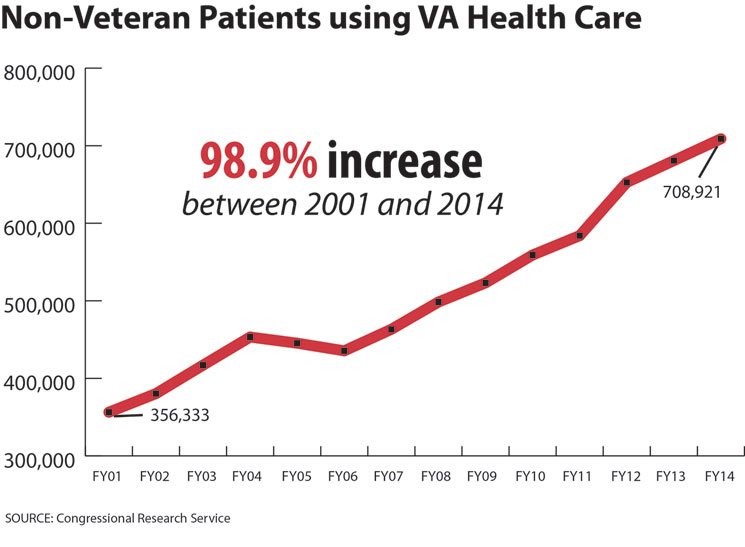 What do you think? Is the VA a victim of circumstance and overwhelmed by the numbers of patients enrolled in its health care system?