Army will give Vietnam vets boost on discharge upgrade

Secretary of the Army John McHugh has issued a directive that Vietnam-era Army veterans who were given other than honorable discharges are to be accorded “liberal consideration” of any request for a discharge upgrade. 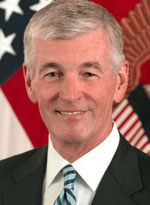 McHugh’s Nov. 3 directive was to the Army Review Boards Agency, which handles the administrative review of personnel actions and mirrors the September 3, 2014 directive of former Defense Secretary Chuck Hagel. That memorandum to secretaries of each of the military departments said review boards “will fully and carefully consider each petition based on PTSD brought by each veteran.”

An upgrade of a discharge classification for a veteran could mean access to benefits that were previously denied by the veteran’s other than honorable status, including disability compensation, separation pay, and education benefits under the GI Bill.

Hagel’s memorandum notes that post-traumatic stress disorder was not recognized as a diagnosis during the Vietnam War, and “in many cases, diagnoses were not made until decades after service was completed.”

It is estimated that approximately 75,000 to 80,000 Vietnam-era veterans — across all branches of service — who were discharged under other than honorable status may have had PTSD at the time their punitive discharge was made.

The Army Review Boards Agency (ARBA) is comprised of boards who consider different parts of a veteran’s appeal to correct or amend their personnel records, including the Army Board for Correction of Military Records, Army Grade Determination Board, and the Army Discharge Review Board.

McHugh has also directed the Office of Army Surgeon General provide guidance to the review board on PTSD and its effects on soldiers and veterans.

More importantly to veterans, the directive says that when one or more symptoms of PTSD may have been present in the veteran at the time of the veteran’s service, “liberal consideration will be given to finding that PTSD existed at the time of service,” leading to any misconduct that may have caused the veteran’s other than honorable discharge.

The guidance does not extend to court-martial offenses.

Next steps for Vietnam-era Army veterans affected by this change

UPDATE: A special web page has been launched to assist veterans seeking to upgrade punitive discharges related to behavior problems caused by post-traumatic stress. The web page provides information and applications to seek an upgrade to discharge from service. The page can be found at http://arba.army.pentagon.mil/adrb-ptsd.cfm.

Vietnam-Agent Orange Rapid Assessment
It’s not just because you’re getting older — there are five common health conditions that are the result of Agent Orange exposure. Answer three questions to learn how your Vietnam-era service and your health issues today are compensable and service-connected. Take Quiz