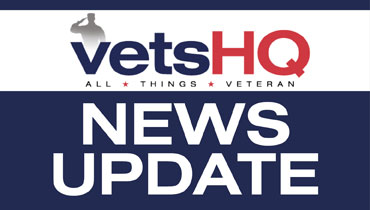 Report: Calls to veterans suicide hotline went to voicemail (Military Times)
At least 23 veterans, troops or family members who called the Veterans Crisis Line in fiscal 2014 were transferred to a voicemail system and their calls never returned, according to a Veterans Affairs Department Inspector General report. The VA watchdog’s investigation into the hotline’s performance launched last year also found that the centers responsible for the voicemail errors, who were contractors hired to provide backup services when the VA-run Crisis Line is operating at peak, may not have trained their counselors adequately to answer calls from those experiencing a mental health crisis. But because the VA does not train the backup center employees or monitor the centers’ training requirements, the department has no way of knowing whether their training is sufficient, the report noted. The Veterans Crisis Line was established in 2007 to address the growing problem of suicide among veterans and service members. It has fielded more than 2 million calls and is credited with saving more than 50,000 lives. An HBO documentary highlighting the life-and-death drama of the VA suicide hotline efforts won an Oscar last year. But as demand has risen for its services, so have the number of calls routed to the hotline’s backup facilities: According the inspector general, the number of calls rose by 112 percent from 2013 to 2014. The VA OIG launched an investigation into the Veterans Crisis Line in early 2015 after receiving complaints from callers that they were placed on hold, didn’t receive immediate help or their calls went to voicemail.

Thousands of veterans are sick, dying because of burning garbage (Vice News)
At the start of America’s wars in Iraq and Afghanistan, military commanders were faced with a seemingly mundane problem: how to dispose of the wreckage created by bombs and battle, and the waste created by more than 100,000 military personnel. This soon became a serious issue — every soldier was said to be producing an average of 10 pounds of trash per day — and the DOD decided to construct open-air burn pits on military bases to incinerate the trash. The Pentagon contracted the firm Kellogg, Brown, and Root (KBR) to get the job done, and by May of 2003, there were more than 270 burn pits operating on military bases across Iraq and Afghanistan. Many of the pits were massive — some as large as 10 acres, burning more than 50 tons of trash a day. Most pits operated 24 hours a day, seven days a week, in close proximity to where service members slept and worked. The acrid smoke and ash from the pits was a constant annoyance to soldiers. From 2002 until 2009, there was no regulation for what could or could not be burned. And so KBR burned Styrofoam, plastics, tires, pesticide containers, batteries, medical waste, and even human body parts. According to a 2010 Government Accountability Report, more than 1,000 known toxins and carcinogens were burned in the pits. As early as 2004, US veterans returning home from the wars began to get sick. Their symptoms often started out as annoyances — constant congestion, endlessly runny noses. But the symptoms didn’t always go away; instead, they would get worse, leading to shortness of breath, constant pain, and an inability to work. For the sickest vets, there were diagnoses of cancer. And, eventually, death.

Donald Trump’s trolls unleash hell on veterans (The Daily Beast)
Veterans groups who stood up to Donald Trump’s pandering to their ranks are now routinely bombarded with nasty messages from the mogul’s supporters, who want to punish them for daring to challenge their leader. Paul Rieckhoff, the CEO of Iraq and Afghanistan Veterans of America, learned this firsthand when he stood up to the Republican presidential frontrunner in late January, saying he would decline any donations from Trump’s charitable foundation if offered. “We’ve gotten a flood of nasty attacks… many scary and threatening emails, [the] worst social media trolling I’ve ever seen,” Rieckhoff told The Daily Beast. “Showing what happens when you simply say no. This is the climate he’s created with his followers.” Rieckhoff had plenty of reasons to pre-emptively reject the donation. Trump has repeatedly insulted veterans, but on the campaign trail has tried to use them for political gain. After a squabble with Fox News over the use of Megyn Kelly as a debate moderator, Trump held a competing event, ostensibly to raise money for veterans groups. The businessman’s record hasn’t hobbled his candidacy, and he leads in South Carolina despite the massive veterans community there. So when Rieckhoff said he didn’t want his organization to be used as a political prop, and pre-emptively declined any proceeds from Trump’s fundraiser, the businessman’s fans directed wave after wave of viciousness against IAVA and its CEO on Twitter and Facebook.

Bill would allow local docs to conduct disability exams for vets (Minneapolis Star Tribune)
A bill sponsored by U.S. Sen. Al Franken and Rep. Tim Walz aimed at tackling the Department of Veterans Affairs benefit-claims backlog passed the House of Representatives last week. The Quicker Veterans Benefits Delivery Act of 2015 is a bipartisan, bicameral bill that allows local doctors to conduct disability medical examinations for veterans seeking benefits from the VA for the first time. Currently, veterans must visit a VA facility for the examination. Allowing veterans to see a local doctor for their initial exam is designed to conserve VA resources, cut back on long wait times at VA hospitals, enable quicker diagnoses of disabilities, and eliminate unnecessary trips to the VA for veterans in rural communities, their offices said in a joint news release. Additionally, the Franken-Walz legislation requires the VA to complete two reports: One that is due 180 days after passage to track the bill’s implementation; and an annual report that tracks the most common reasons and disabilities for which claims submitted using evidence by local doctors were denied by the VA. For a veteran to qualify, he or she must be waiting 125 days or more for the VA to process their claim. Until recently, hundreds of thousands of veterans were in the VA benefits backlog.

VA pays millions to keep docs on paid leave for years (WTSP-Tampa)
Taxpayers are paying millions for VA hospitals to keep health care providers with questionable records on paid leave for years, a Clarion-Ledger (Miss.) investigation has found.  In 2014 alone, 2,560 employees at the Department of Veterans Affairs spent at least one month on paid leave (some the entire year), costing taxpayers $23 million — more than any other federal agency. “Because of the federal government’s dysfunctional civil service laws that put the job security of bureaucrats ahead of the safety of veterans, the VA doesn’t have the ability to adequately discipline most misbehaving employees,” said U.S. Rep. Jeff Miller, chairman of the House Committee on Veterans’ Affairs. “As a result, the department’s problems don’t get fixed. They fester, as problem employees are either paid to do nothing, shuffled around or not dealt with at all.” VA Secretary Robert McDonald acknowledged employees remain on paid leave too long. “Originally, administrative leave was designed to take people out of system while they were being investigated so they didn’t create adversity or harm,” he said. He said his agency is streamlining the process so employees can be disciplined more quickly. At the G.V. “Sonny” Montgomery VA Medical Center in Jackson, Miss., two surgeons, whose annual salaries total more a half million, have been on paid leave more than two years. They count against the Jackson VA’s budget, but veterans receive no care from them.

Cruz proposes plan to bolster U.S. military (Military Times)
Texas Sen. Ted Cruz laid out his vision for bolstering the U.S. military on an aircraft carrier in South Carolina Tuesday, vowing to rebuild the military so “it will be feared by our enemies and trusted by our allies.” In a nod to South Carolina’s sizeable military and veteran population, Cruz said he would model his approach to the military on that of former President Ronald Reagan. He did not put a price tag on the expansion he envisioned, but said he would pay for it by cutting federal spending by at least $500 billion, selling federal assets and properties and auditing the Pentagon to find savings. “If you think it’s too expensive to defend this nation, try not defending it,” Cruz said. “This will be a challenge and involve difficult choices.” Speaking in front of a World War II Navy dive bomber inside the U.S.S. Yorktown, Cruz called for increasing the number of active duty troops, airplanes and fighting ships. He also called for expanding the Air Force to include at least 6,000 airplanes, up from 4,000, and to increase the number of battleships from 273 to at least 350. “It is time for America to once again prioritize a strong, advanced and robust military,” he said. “We will not go picking fights around the globe. The purpose of this rebuilt military is not to intervene in every conflict and engage in expensive and protracted exercises in nation building in countries who have scant interests in the institutions we want to impose on them.” The Obama administration has reshaped the military, shrinking it and emphasizing what it considers to be new-era capabilities that are better suited for the range of conflicts the U.S. is facing, including cyberwarfare and special operations missions. It has been constrained, however, by across-the-board budget cuts that Congress and the White House agreed to in 2011, which have left the Air Force and Army less ready for short-notice conflict.