Sleep apnea on the rise as veterans’ disability

Sleep apnea syndromes (obstructive, central, mixed) has become the most prevalent service-connected respiratory disability with more than 22 percent of all body system disabilities, according to the Department of Veterans Affairs Fiscal Year 2014 Annual Benefits Report. 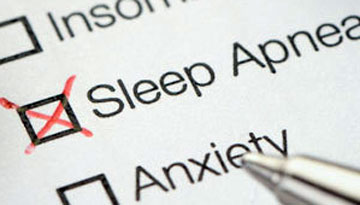 Gulf War veterans are authorized disability compensation for diagnosed or undiagnosed disabilities determined to warrant a presumption of service connection based on exposures to toxic agents, environmental or wartime hazards, or a preventive medication or vaccine.  VA-adjudicated sleep apnea claims as signs or symptoms of undiagnosed illnesses and Medically Unexplained Chronic Multisymptom Illnesses (MUMCIs), explaining,  “sleep apnea involved the ‘respiratory system’ and ‘sleep disturbances,’ both specifically listed in federal regulation.”

This guidance changed in a November 2015 adjudication manual update: “Sleep apnea cannot be presumptively service-connected (SC) under the provisions of 38CFR3.317 since it is a diagnosable condition. If claimed, sleep apnea must be considered on a non-presumptive SC basis.” This process changed, but the federal regulation did not, still listing “respiratory system” and “sleep disturbances” under MUMCIs.

This issue could be more about the money than science or the welfare of the Veterans suffering from this condition. While sleep apnea was not listed as a “most prevalent disability” in the VA’s FY13 Annual Benefits Report, sleep apnea syndromes (obstructive, central, mixed) was the number one most prevalent service-connected respiratory disability, garnering more than 22 percent of all body system disabilities in the FY14 Annual Report. For Global War On Terror (GWOT) compensation recipients, the percentage grew to more than 37 percent of all body system disabilities. (The compensation section of the FY15 Annual Report has not been released by the VA).

The increase in compensation claims is not surprising. In an article posted by the National Sleep Foundation, Max Hirshkowitz, director of the Sleep Disorder Center at the Houston Veterans Affairs Medical Center said, “Veterans are four times more likely to suffer from sleep apnea than other Americans.”

What is sleep apnea?

Sleep apnea is a form of sleep disturbance in which the person temporarily stops breathing. There are several types of sleep apnea: obstructive, central, or a mix of both types. In “obstructive sleep apnea,” the airway collapses or becomes blocked during sleep.  In “central sleep apnea,” the area of the brain that controls breathing doesn’t send the correct signals to the breathing muscles. Adverse effects of sleep apnea range from feeling tired or sleepy all day to personality changes such as irritability or depression, morning headaches, high blood pressure and an increased risk of a heart attack or stroke. More information can be found on the National Institute of Health website.

The most current disability rating and severity of symptoms can be found in the Code of Federal Regulations at www.ecfr.gov – 38 CFR 4.97 Schedule of ratings—respiratory system:

Something to note: Potential causes for sleep apnea include being overweight, taking certain medications, having enlarged tonsil tissues, age, gender, or having small airways. Have your medical provider address these potential causes in the medical opinion used to support your claim.  If your medical provider opines that it is more likely that sleep apnea is more likely to be caused by you being overweight than your deployment experiences in the Gulf War, you may experience a claim denial.