In its 10th and final report on Veterans and Agent Orange, the Institute of Medicine (IOM) has upgraded the association between bladder cancer and hypothyroidism and exposure to toxic herbicide agents. 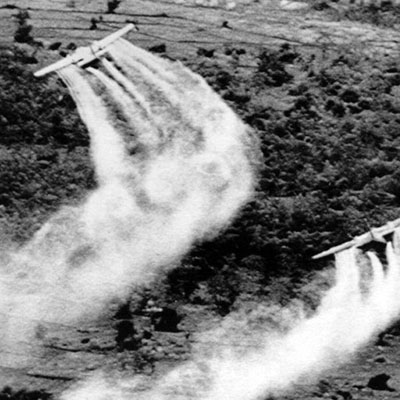 IOM announced bladder cancer and hypothyroidism were upgraded to “limited or suggestive evidence” of a link between the diseases and exposure to Agent Orange. This was a change from the Update 2012 category of “inadequate or insufficient.”

IOM also added “Parkinsonism” and “Parkinson’s-like symptoms” to the list for “limited or suggestive evidence” of an association.  In the report, the IOM Committee noted that, “…there is no rational basis for an exclusion of those with Parkinson-like symptoms from the service-related category denoted as Parkinson disease.  To exclude a claim for a condition with Parkinson-like symptoms, the onus should be on VA on a case-by-case basis to definitively establish the role of a recognized etiologic factor other than the herbicides sprayed in Vietnam.”  Parkinson’s disease was added to the Department of Veterans Affairs’ presumptive service connection list on August 31, 2010.

In a rare move, the IOM downgraded spina bifida to “inadequate or insufficient evidence to determine an association.”  The birth defect has been in the “limited or suggestive” category of association for children of all Vietnam Veterans since Update 1996.  The Committee responsible for that report used information from an Air Force Health Study that noted “more cases of spina bifida among the Operation Ranch Hand personnel than in the control group”.  In their latest report, IOM cited lack of analyses of birth defect data that found increased rates of this birth defect among children of men exposed to herbicides, including Agent Orange. Such a downgrade is rare — this is only the second time a health outcome was downgraded to a weaker category of association.

The IOM findings are not made lightly. While “biologic plausibility” is generally considered sufficient evidence of association for many scientific review boards, The Agent Orange Act of 1991 requires epidemiologic evidence (proof of disease presence in accepted, quantifiable scientific measures within a defined population) to support a finding of association.

VA-recognized presumptive diseases and the effective date for service connection are shown in the table below. Disability compensation is not granted for a disease prior to the stated effective date shown.

The Agent Orange Act of 1991 (Public Law 102-4) mandated a series of biennial updates to be conducted every 2 years for 10 years from the date of the first update report.   The Veterans Educations and Benefits Expansion Act of 2001 (Public Law 107-103) mandated the update reports continue through 2014.

The Institute of Medicine released the 10th Biennial Update of the Veterans and Agent Orange (VAO) series on March 10, 2016.  In the absence of new congressional action, this will be the final update in the VAO series.