Let’s say you’re a Millennial — otherwise known as a 20-something young adult —  and you’re trying to get a job and start paying off those student loans. You’re in the Washington, D.C. metro area and you know a lot of folks that work for the federal government, so you decide maybe a federal job’s a good idea. 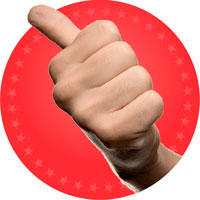 You go online, and you end up at USAJOBS, not because it hit high on your search criteria (its site rank, as measured in unique visitors by Compete.com, has dropped 116 places since the release of USAJOBS 3.0) but because every federal agency’s career site leads you there. Once there, you are encouraged to post your résumé and search for positions that might be of interest to you and apply. Bingo! You hit pay dirt — a $51,630-to-$67,114-a-year job that looks like a good point of entry. Plus, you just happen to have the exact degree they are requiring. Things are
looking up!

You click to apply and get taken into an online application or you’re asked to email your résumé to a recruiter (and I use the term recruiter loosely).

You wait. You hear nothing. You wonder if your résumé has been sucked into a black hole.

You wait. You hear nothing. You lose interest. You decide the government really doesn’t want you.

Maybe you made a mistake on your application. Maybe not. You hear nothing. You move on.

Is it any wonder that the results of the 2011 National Association of Colleges and Employers Survey of more than 35,000 students about their employment plans after finishing school showed that just 2.3 percent said they intend to work for the U.S. federal government?

The government’s hiring process has proven as resistant to change as a staph infection is to antibiotics. You can choose to believe in the fanfare and spin from Cheerleader-In-Chief OPM Director John Berry about hiring process improvement, but the proof is in the results. And there are none.

The tragic truth is that changing just a few of things could change the entire bureaucratic culture built around the federal hiring process — and maybe make it easier for a Millennial to want to apply and work here. Let’s just start with the job posting and the application process for now.

Millennials seeking federal employment shouldn’t need a magic decoder ring just to be considered. And no one looking for a job should be subjected to “government speak” or have to wade through an alphabet soup of job classifications and a form of inside baseball while never finding out exactly why their application wasn’t considered.

It’s the first step toward making federal employment easier. Or else those highly desired candidates will move on, and you’ll continue to wonder why nearly 100 percent of graduating college seniors won’t be considering the U.S. government as the place to begin their careers.