Sizing the Top Careers for Veterans

The unemployment rate for veterans 18 years or older continues to improve as employers realize the value and skill sets that former military service members bring to their companies. 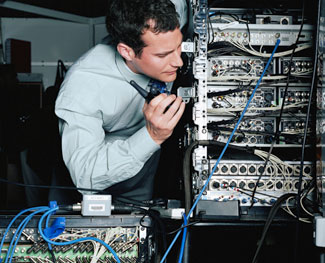 In fact, if you’re a Fortune 500 company it’s assumed you have a program or initiative to hire veterans. For companies hoping to remain competitive, they realize the need to have a broad-based program of support and retention for these new hires once they’re onboarded.

It has to be ingrained in the company mission, ethos and culture.

At Home Depot, the company has not only committed to hiring veterans (55,000 over the next 10 years), but also has a program to commit company time (in the form of volunteer hours), materials and cash to support veterans and veterans causes.

Just a few years ago, finding a list of the top employers for veterans would have been a daunting task. Today, there are competing lists and employers who work hard to ensure their companies are considered veteran-friendly.

You can view the 2013 list of the Top 100 Military Employers by G.I. Jobs here. The top five on this particular list are USAA, CSX Corporation, Deloitte Federal, Booz Allen Hamilton Inc., and Burlington Northern Santa Fe.

We’re also beginning to see lists for the best careers for veterans. The most recent, compiled by CareerCast, has these for a top 10, with CareerCast’s comments about each: