D-Day At 70: Allied Veterans, World Leaders Join to Honor Heroism of A Generation

Seventy years ago this Friday, June 6, the greatest generation embarked on the greatest advance of World War II with the Allied invasion of the beaches at Normandy. 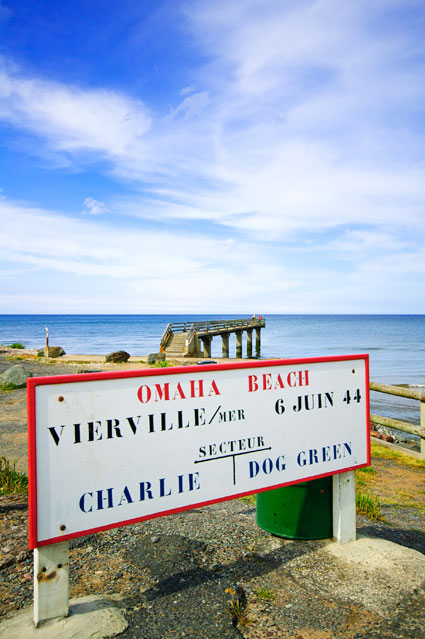 This sign marks the location of Omaha Beach, one of five beaches in Normandy stormed by Allied forces on June 6, 1944.

For many of the U.S. and British WWII veterans who are in attendance, they may be gathering at a D-Day commemoration for the final time. It’s an annual ritual, the remembrance of the sacrifice and bloodshed of nearly 160,000 Allied troops, who crossed the English Channel to invade the beaches — code names Sword, Utah, Omaha, Gold and Juno — of northern France in an attempt to turn the tide of the war against Nazi aggression.

Their efforts changed the fortunes of the war in favor of the Allies, liberating France and Western Europe and beginning the march to Berlin and the war’s end in 1945.

It’s important to note that our World War II heroes are getting older and leaving us daily. The U.S. Department of Veterans Affairs estimates that there are just 1.2 million veterans remaining out of the 16 million men and women who served this country during that service era.

You can watch the BBC’s coverage of D-Day commemorations here.

Other D-Day Stories and Resources

D-Day At 70: Historic Photos From the Invasion of Normandy
The Washington Post, June 5, 2014

D-Day: Exploding the Myths of the Normandy Landing
CNN, June 5, 2014