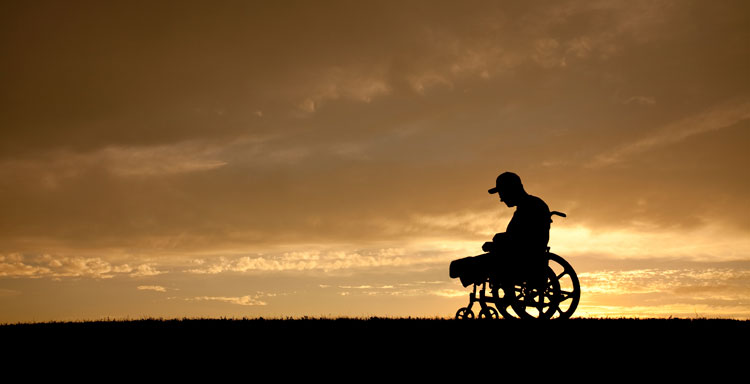 The non-partisan Congressional Budget Office weighed in on August 7 with a report, “Veterans’ Disability Compensation: Trends and Policy Options,” and some of their presented options would be controversial and adversely impact veterans.

The CBO estimates these changes would save hundreds of billions of dollars over the next decade.

First, the facts on veterans disability payments, in numbers 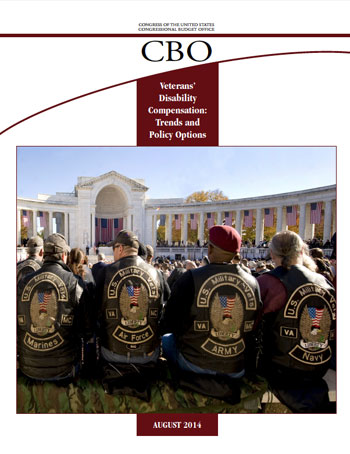 Acknowledging pressures on the federal budget, the CBO says “lawmakers could consider changing the VA’s disability compensation program. . . . the program could be scaled back to reduce federal spending. Alternatively, lawmakers could choose to modify the program to provide greater support to certain groups of disabled veterans.”

Neither the VA nor Congress has weighed in on the report, but veterans should expect to hear more about this issue in the coming months.

Reasons for the increase in veterans disability payments

According to the CBO, these factors have contributed to the rise in veterans disability payments:
• Policy changes in the Veterans Claim Assistance Act of 2000 and the Veterans’ Benefits Improvement Act of 2008 that require the VA help veterans apply for disability benefits and assist veterans with substantiating claims.
• Better outreach through increase use of the Internet (while this has arguably helped, a recent survey found that half of Gulf War-era veterans have a disability for which they have not filed a claim).
• A predischarge program for current active duty personnel that allows them to submit applications before discharge.
• A policy change allowing more conditions to be linked to Agent Orange presumptive status.
• Iraq and Afghanistan veterans represent a “significant and growing share of disabled veterans.”
• The recent recession and unemployment led veterans to file for disability benefits to replace lost earnings.

1. Place a time limit on a veteran’s ability to file an initial application.
Veterans would be required to file for any initial disability claims within a fixed period of time. The CBO looked at five, 10 and 20 years as options for filing deadlines, and the CBO says this option would not limit an application period for a veteran filing for a presumptive disease or condition. Also, veterans receiving disability benefits would be able to request re-evaluation if their conditions worsened, or if new conditions developed. Projected savings: Between $9 billion and $28 billion.

2. Require the VA to expand its use of re-examinations.
This requirement would have the VA re-examining temporary ratings for veterans over the age of 55 (which it currently does not do), veterans whose conditions have lasted for five years or longer, and veterans who are receiving the minimum benefits for their conditions. The CBO says that medical and technological advances means the VA should be taking a wider second look at veterans disability payments. Projected savings: Not determined.

3. Change the standard for declaring presumptive conditions.
This option would mandate the VA consider “additional scientific criteria”, not just the positive association of exposure to a hazard and the onset of a disease or condition. These additional criteria for declaring presumptive conditions would be risk factors individual to the veteran: diet and aging, personal habits such as smoking, other environmental factors after military service as ended. Projected savings: Not determined.

1. Restrict individual unemployability benefits to veterans who are younger than full Social Security retirement age.
The VA would no longer make individual unemployability payments to veterans who had reached the full Social Security retirement age, either 65 or 67, depending on the veteran’s birth year. Any VA payments past that age would revert to the amount associated with the veteran’s disability rating. Projected savings: Up to $17 billion.

2. Change the cost-of-living adjustment.
This option changes the standard that would keep veterans disability payments in line with inflation, to an index for all urban consumers that grows more slowly than the current index in use. Projected savings: Between $10 billion.

4. Tax VA disability payments.
The CBO argues that the current system does not account for differences in an individual veteran’s “education, training, occupation, or motivation to work.” The CBO says taxing disability payments would mean that veterans who have higher income would see less after-tax compensation, but those veterans would have “smaller losses in earnings as a result of their disabilities than lower-income veterans with similar disability ratings.” Projected savings: $64 billion.

What do you think about the CBO’s options to Congress on veterans disability payments? How would they change your standard of living or quality of life?

You can read more about CBO report here.