In a report scheduled to be released this week on the VA scandal, an investigation by the Office of Inspector General for the Department of Veterans Affairs has found no conclusive evidence that a lack of access to timely care caused the deaths of 40 veterans in the Phoenix VA Health Care System. 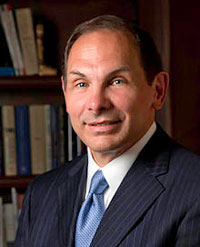 Update: The OIG says it could not substantiate the allegations because the whistleblower who made them did not provide the OIG with a list of 40 patient names. The OIG report does find 28 instances of delays in case associated with access to care or patient scheduling. Of those 28 patients, six were deceased. An additional 17 care “deficiencies” were identified by the OIG unrelated to access or scheduling. Of those 17 patients, 14 were deceased. You can read the OIG’s Q&A here.

The allegations of death of veterans awaiting care exploded into a nationwide scandal involving the agency, which was found to be manipulating scheduling and wait times data at its hospitals and clinics. Congress responded to the crisis by passing the $16.3 billion Veterans’ Access, Choice, and Accountability Act to address the problems of access to health care.

In addition, the VA has referred 190,000 veterans to private health care physicians and hospitals as it works to ensure that every veteran who had or needed an appointment is seen in a timely manner.

In a letter in response to the OIG report, new VA Sec. Robert McDonald addresses the initial allegations.

“It is important to note that while O.I.G.’s case reviews in the report document substantial delays in care, and quality of care concerns, O.I.G. was unable to conclusively assert that the absence of timely quality care caused the deaths of these veterans,” McDonald wrote.

In an interview published in The New York Times, Deputy VA Secretary Sloan Gibson said, “I’m relieved that they didn’t attribute deaths to delays in care, but it doesn’t excuse what was happening. It’s still patently clear that the fundamental issue here is that veterans were waiting too long for care, and there was misbehavior masking how long veterans were waiting for care.”

The VA has said it would hold administrators and employees accountable for any misconduct or negligence found.

More on the VA scandal on wait times

What they’re saying about the VA reform bill