Some C&P Examiners Believe Veterans With PTSD Are Pretending

An internal battle at the Department of Veterans Affairs is brewing over the role of compensation and pension examiners, and it lifts the veil on the process for examining veteran patients with post-traumatic stress disorder. 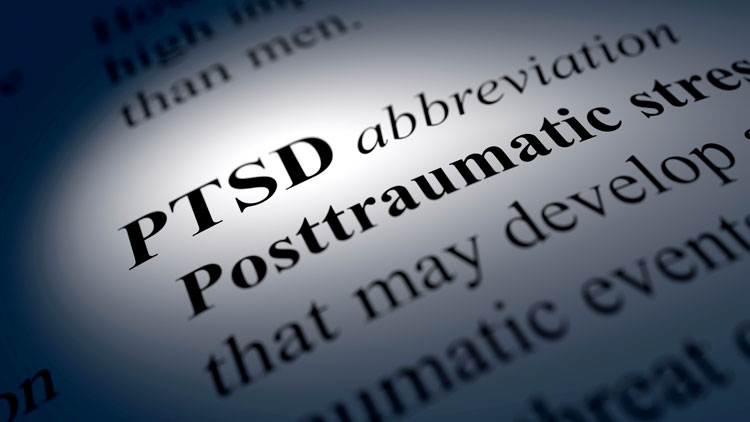 And if you’re a veteran with a pending PTSD claim before the VA, or you’re preparing to file, you’ll want to read this.

But a faction of VA C&P examiners, and most notably Dr. Mark Worthen of Asheville, N.C., believe that most veterans claiming PTSD are actively “feigning” symptoms. Worthen is an admitted activist C&P examiner who pushes the use of an adversarial role in the examination process with veterans, and routinely advocates for use of “feigning and detection tools” on several websites and newsletters he publishes, including PTSDexams.com.

Worthen, on his own website for his private practice as a forensic psychologist, touts his experience as a representative of insurance companies and prosecutors looking to oppose claims of mental disabilities during lawsuits or other proceedings.

The issue was first reported on Dec. 16 by the site disabledveterans.org. Benjamin Krause, site owner and administrator for disabledveterans.org, also uncovered a secret members-only portal where federal C&P examiners discuss issues without agency oversight, cpexaminers.wikispaces.com. (Update: This site appears to have been taken down. Users trying to reach the site are now served a page that says “Wiki Not Found”, but the site is still referenced on an invitation page created on Facebook in November 2012.)

A Dec. 16 letter from Eric Hughes (a veteran claims agent from Ohio) to VA Sec. Robert McDonald accuses Worthen and another VA C&P examiner, Brad Brummett of administrating the Wiki site outside of the transparency clause of 38 C.F.R. § 0.602(a), thereby avoiding oversight and FOIA responsibilities. Hughes also calls into question Worthen’s role as a VA C&P examiner and the apparent conflict of interest between his private practice role, the state of the law which says examinations are to be non-adversarial and pro-claimant, his role as a VA C&P examiner, and Worthen’s admitted belief that the majority of veterans claiming PTSD symptoms are actors, feigning, exaggerating, or lying. In his letter, Hughes says, “I believe that there is a conspiracy among C&P examiners to deprive veterans of the Ex Parte examination that due process of law entitles them to.”

For many veterans long skeptical of the VA claims process, this behind-the-scenes revelation will not come as a surprise and will actually embolden their point of view that the VA, and VA C&P examiners, are not looking out for the best interests of veterans but only looking for ways they can continue to deny or defer claims, particularly of PTSD.

It’s a point of contention as service members continue to depart active duty and transition back into civilian life. According to the Los Angeles Times, the number of PTSD veterans receiving compensation has grown from 133,745 to more than 656,000 over the past 13 years. Payments have more than doubled to $49 billion since 2002.

Those numbers give activist examiners like Worthen their standing to challenge the law and veterans directly. In a post on PTSDexams.com, Worthen writes in critique of a 2011 article on PTSD, “Despite the inestimable contributions of National Center for PTSD, if they have a weak spot it is their penchant for minimizing or denying the extent to which veterans engage in misattribution, exaggeration, or feigning of PTSD symptoms during VA Compensation and Pension examinations (C&P exams) for posttraumatic stress disorder.”

Krause reports that in 2005, the VA’s Office of Inspector General reviewed some 2,000 cases of veterans claiming PTSD and found just 12 who exaggerated or feigned illness, or 0.6 percent — hardly widespread.

Worthen is not one to give the benefit of the doubt to any veteran, whom he calls “compensation-seeking veterans,” a term that devalues their service and prejudices the examination of any claim before it begins.

It’s difficult to say what is most troubling about this story: the automatic cynicism and disbelief of veterans with claims, the disrespect and insulting attitude toward veterans, or the fact that the VA allows someone who serves as an expert for insurance companies and prosecutors opposing mental claims to sit judge and jury on any veteran expecting a non-adversarial, unbiased look at a PTSD claim.

While it’s unclear whether Worthen is employed by the VA or works as a contractor for the agency, federal law says “an employee may not personally represent others (or share in compensation for another’s representational services) before any court, Federal agency, or certain other entities concerning matters of interest to the United States. (18 U.S.C. § 203, 18 U.S.C. § 205),” which would call into question any services he may provide to insurance companies or prosecutors. There are also federal prohibitions against serving as an expert witness and against receiving compensation for teaching, speaking, or writing related to an employee’s official duties.