In an important and vindicating report for C-123 airmen and their families, the Institute of Medicine (IOM) of the National Academies has released a report stating the airmen were exposed to toxic herbicides, including Agent Orange. 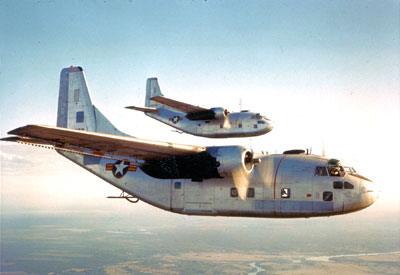 The Fairchild C-123 Provider, which was modified for spraying herbicides, including Agent Orange, during the Vietnam War. The plane was later flown by Air Force Reserve members following the war, between 1972 and 1982. (National Museum of the U.S. Air Force photo)

The report titled “Post-Vietnam Dioxin Exposure In Agent Orange-Contaminated Aircraft”, released Friday, Jan. 9, 2015, finds that Air Force Reserve members who flew the C-123s between 1972 and 1982, may be at risk for developing diseases and conditions related to Agent Orange.

These aircraft were returned stateside after their use during the Vietnam War. The Air Force used 34 C-123 and C-123K aircraft during Operation Ranch Hand for spraying of herbicides, most notably Agent Orange (AO), and some used until 1971 for spraying insect control. These aircraft could carry 1,000 gallons of herbicide and spray three gallons per acre over an area 240 feet wide. The concentrations were 20 to 55 times normal agricultural use for killing plants.

However, the Department of Veterans Affairs (VA) considers AF Reservists who served in these post-Vietnam C-123s ineligible for health care and disability coverage under the Agent Orange Act of 1991. This report is the result of the VA asking the IOM to evaluate whether service in ORH C-123s could have exposed AF Reservists to herbicide residues at levels harmful to their health. The report’s conclusion does not support VA’s long-maintained position, posted on its website, that “although residual TCDD — the toxic substance in Agent Orange — may be detected in C-123 aircraft by sophisticated laboratory techniques many years after its use, the [VA] concluded that the existing scientific studies and reports support a low probability that TCDD was biologically available in these aircraft. Therefore, the potential for exposure to TCDD from flying or working in contaminated C-123 aircraft years after the Vietnam War is unlikely to have occurred at levels that could affect health.”

Update: The VA responded on Monday, Jan. 12, to the report’s release: “VA asked the Institute of Medicine (IOM) to study possible exposure and increase in adverse health effects in C-123 crew members. IOM released its report, Post-Vietnam Dioxin Exposure in Agent Orange-Contaminated C-123 Aircraft, Jan. 9, 2015. VA has assembled a group of clinical and other subject matter experts to review and respond to the report.”

It’s a long and hard-fought victory for the C-123 airmen, whose health concerns and potential exposure was noted more than 30 years ago when the C-123s were taken out of service. These airmen have pushed for years to be included alongside of other veterans presumed to be exposed to Agent Orange during active duty service.

IOM panel members reviewed existing evidence, public input, interviews with experts, and existing tests performed on the aircraft in completing their study and preparing the report.

In 1972, remaining C-123 aircraft were returned to the United States and had their spray removed and put into use for transport and other missions. Some UC-123K were assigned to Rickenbacker Air Force Base as part of the 302s Tactical Airlift Wing of the Air Force Reserve. Other C-123s were sent to Hanscom Air Force Base (soon transferred to Westover Air Force Base in Massachuesetts) and Pittsburgh Air Force Base. No decontamination efforts were ever undertaken on these aircraft, just general cleaning and maintenance.

Crews at Westover Air Force Base complained for years of the horrible smell when flying a C-123 nicknamed “Patches”, a plane that was in use in Vietnam for spraying herbicides beginning in 1965. In 1979, Tte USAF Occupational and Environmental Health Laboratory investigated and found black, viscous, odorous residue in the aircraft but concluded it was not a health hazard. In 1979, there was no definitive test for the prescence of dioxin (TCDD).

In 1981, C-123 and UC-123K aircraft were transferred to the USAF aircraft boneyard (called AMARG) at Davis-Monthan Air Force Base in Arizona for storage, salvage, resale. The C-123 nicknamed “Patches” was flown to USAF Museum at Wright-Patterson Air Force Base and stored outside. More than a decade later, when the museum sought to bring the C-123 plane inside the museum, it conducted required bioenvironmental tests. These tests found the aircraft “heavily” contaminated on all test surfaces. All employees were required to begin wearing HAZMAT suits when in or around the plane, which eventually required three separate decontamination efforts.

In 1996, Lt. Gen. Farrell of HQ Air Force Material Command is informed by Ralph Shoneman, the Executive Director of AMARG, that the C-123 fleet was contaminated and should be destroyed. Sale of surplus planes was canceled in 1997, and foreign governments who had previously purchased surplus C-123s (Thailand and South Korea) were informed.

In 1999, Davis-Monthan Air Force Base civilian employees at the Boneyard submitted a complaint to the inspector general about dioxin exposure and working conditions in and around the C-123 aircraft stored there. A complaint also surfaced at the USAF Surgeon General Office.

On Aug. 23, 2007, the first known disability claim by a C-123 veteran is denied by the VA. Air Force retiree Lt. Col. Aaron Olmstead of Hartford, Conn., pursued the claim. Olmstead appealed the denial, and the judge at the Board of Veterans Appeals ruled against him because Olmstead was unable to prove the specific C-123K flown was used in Vietnam for spraying Agent Orange, and that Olmstead was unable to prove the specific aircraft remained contaminated. Olmstead was killed in a private plane crash in 2011. Olmstead’s wife was left with an adult incapacitated son, and her VA dependent’s claim was denied in May 2012.

In February 2009, a consultant recommended destruction of the remaining C-123K by smelting and specifically mentioned the need to destroy them immediately due to concern that air crews may learn of the Agent Orange contamination and pursue claims for illnesses with the VA. Later in a separate email, the consultant describes those air crews as “trash-haulers, freeloaders” looking “for tax-free dollars from sympathetic congressman.” This is used as authority to destroy the C-123 fleet.

In November 2012, the VA released a bulletin on Agent Orange exposure that declared C-123 veterans in the same class as Blue Water veterans and veterans who served in Thailand. The VA said that veterans must prove exposure but presumptive illnesses would not have to have a medical nexus re-established.