In yet another delay, the Department of Veterans Affairs has decided — against its own legal authority and past practice relating to Agent Orange issues — that it cannot grant disability compensation to C-123 Agent Orange reservists exposed to the toxic herbicide without Congressional legislation. 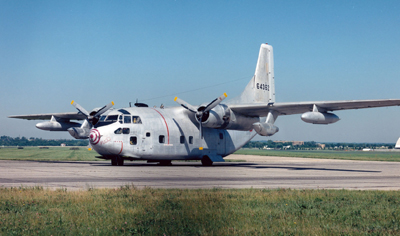 Fairchild C-123 Provider aircraft, such as this one nicknamed “Patches”, were used during the Vietnam War to spray toxic herbicides during Operation Ranch Hand.

The VA has been fighting and denying claims by these reservists for years, despite mounting evidence of their exposure to Agent Orange during operation of these aircraft stateside between 1972 and 1982. Most recently the Institute of Medicine (IOM) — which was reviewing the issue at the request of the VA — issued a report stating the reservists were exposed to Agent Orange residue that remained in the aircraft and at risk for developing diseases, illnesses, or conditions consistent with that exposure.

Now the VA has taken the stance that Air Force reservists do not qualify for veterans under 38 USC § 101 (2) and (24), according to the Vietnam Veterans of America (VVA), which blasted the VA’s view in a press release Thursday. Meanwhile, the health care and potential disability of between 1,500 and 2,100 reservists and personnel continues remains in limbo.

“Vietnam Veterans of America calls upon VA Secretary Bob McDonald to overturn the erroneous legal opinions of the VA Central Office attorneys and immediately grant these beleaguered veterans their overdue benefits, effective from the date they filed their first claim,” said John Rowan, National President of VVA. “Since we have defeated the VA on its claim of junk science, now they are throwing junk law at us to prevent justice to those harmed by their exposure on these contaminated aircraft. The VA’s position is unconscionable. These men and women worked, slept, and ate in toxic planes for years. Waiting for congressional action on this issue is an affront to these elderly, dying reservists.” said Rowan.

In February 2015, six senators, including the top-ranking Democrat on the Committee on Veterans Affairs, Richard Blumenthal of Connecticut, sent an open letter to VA Secretary Robert McDonald, urging the administration to provide the reservists with compensation.

“The Secretary has the statutory authority, supported by agency-binding legal opinions issued by the VA Office of General Counsel, to immediately grant these reservists service-connected disability as a result of their exposure to Agent Orange,” said former Marine Rory Minnis, a law student intern in the Veterans Legal Services Clinic at Yale Law School, which represents VVA. “The Secretary is hiding behind his lawyers, who are blocking relief to these deserving veterans because they themselves disapprove of the binding legal opinions issued by their office.”

The VA’s extremely narrow stance that these reservists are not veterans per 38 USC § 101 is based in these two section definitions:

The VA is arguing that Congress would need to pass legislation altering the definition of “veteran” before it can extend disability compensation benefits to the C-123 reservists.

But the VA’s own definitions, per the Veterans Benefits Administration Manual: M21_1 Part IV Chapter 10, outline three days a reservist can meet the definition of “veteran” for Compensation and Pension purposes:

And members of tactical airlift units of the Air Force Reserve and the Air National Guard would already meet the VA’s eligibility requirements for active service under Title 10 or Title 32.

Fairchild C-123 Provider aircraft were returned stateside after their use during the Vietnam War, and flew over a period of 10 years out of installations such as Westover Air Reserve Base in Massachusetts and Rickenbacker Air Force Base in Ohio by the Air Force Reserve and the Air National Guard.

The Air Force used 34 C-123 and C-123K aircraft during Operation Ranch Hand for spraying of herbicides, most notably Agent Orange (AO), and some used until 1971 for spraying insect control. These aircraft could carry 1,000 gallons of herbicide and spray three gallons per acre over an area 240 feet wide. The concentrations were 20 to 55 times normal agricultural use for killing plants.

Being approved for disability compensation continues to be a struggle for these reservists. While the VA has said it decides each claim on a case by case basis, the few successful claims have been won only on appeal — most recently a case in January 2015.

Agent Orange and Herbicides
Our new, comprehensive section on herbicide exposure for Vietnam-era veterans: What you need to know about benefits; Associated conditions and diseases; Blue water, brown water, C-123 veterans; Lists of ships, herbicide testing and storage sites, and more. SHOW ME

C-123 Veterans and Herbicides
Read up on those who flew these aircraft during the Vietnam War and for more than a decade stateside. READ