It’s happened, finally. The Department of Veterans Affairs has agreed to extend benefits to Air Force reservists who flew C-123 aircraft contaminated with Agent Orange residue in the years following the Vietnam War. These C-123 Agent Orange benefits will extend to nearly 2,100 personnel. 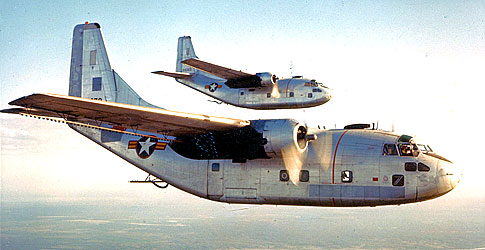 Air Force reservists flew Fairchild C-123 aircraft like these stateside between 1972 and 1982. These planes were contaminated with Agent Orange residue.

The new federal rule takes effect on Friday, June 19. In addition to the C-123 reservists, the VA says it has expanded the rule to include others who may have been exposed — pilots, mechanics and medical personnel — who served at seven other locations: Florida, Virginia, and Arizona, as well as Taiwan, Panama, South Korea and the Philippines.

“Opening up eligibility for this deserving group of Air Force veterans and reservists is the right thing to do,” VA Secretary Bob McDonald said in a statement, according to The Associated Press.

Fairchild C-123 Provider aircraft were returned stateside after their use during the Vietnam War, and flew over a period of 10 years out of installations such as Westover Air Reserve Base in Massachusetts and Rickenbacker Air Force Base in Ohio by the Air Force Reserve and the Air National Guard.

The Air Force used 34 C-123 and C-123K aircraft during Operation Ranch Hand for spraying of herbicides, most notably Agent Orange (AO), and some used until 1971 for spraying insect control. These aircraft could carry 1,000 gallons of herbicide and spray three gallons per acre over an area 240 feet wide. The concentrations were 20 to 55 times normal agricultural use for killing plants.

It is the first time the VA has established a special category of Agent Orange exposure for troops who weren’t on the ground or didn’t serve on inland waterways in Vietnam, according to The Associated Press.

However, the VA specifically noted it would not extend benefits to “Blue Water Veterans,” those vets stationed on ships and craft offshore during the Vietnam War — vets who have also claimed similar diseases and conditions experienced by covered veterans of that era. The VA reasoning is “weaker scientific evidence” that Blue Water Veterans were directly exposed to the herbicide agent.

If you belief you were exposed and your diseases, conditions, or illnesses are serviced connects, you may begin to submit claims for benefits immediately. The VA will begin processing these benefits on Friday, June 19.

If you have a pending C-123 claim for Agent Orange exposure, you do not need to resubmit those claims.

VetsHQ’s page on C-123 veterans and herbicides
Institute of Medicine: C-123 veterans exposed to Agent Orange
What happened to the contaminated C-123 aircraft?