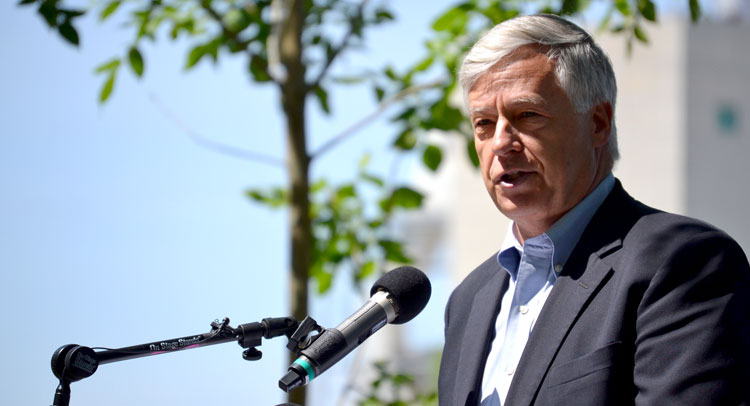 The Ranking Member of the House Veterans Affairs Committee, Mike Michaud (D-ME), requested the Congressional Budget Office look into “how to minimize the skyrocketing costs of disability payments”, according to a news report.

The controversial report by the nonpartisan research arm of Congress puts forward eight “options” for reducing veterans disability payments, which had risen 170 percent to $54 billion between 2000 and 2013 (the complete list is below).

Michaud’s request was reported by The Washington Times, which cited a committee staffer as the source of the information. Neither Michaud nor his staff have commented on the CBO report since its release on August 7.

One of the options — the CBO says it does not make “recommendations” — is changing concurrent receipt, where military retirees can collect their pensions and receive veterans disability payments. In fact, this option — like many of the others — can’t be palatable to Michaud.

Michaud, who is running for governor or Maine this fall, was co-sponsor of a 2011 bill in the House that would EXPAND eligibility “for concurrent receipt of military retired pay and veterans’ disability compensation to include all members of the uniformed services who are retired under chapter 61 of such title for disability, regardless of the members’ disability rating percentage.”

Many of the other options would seem to be non-starters for both veterans groups and members of Congress unwilling to touch a third rail in an election season — especially given the rancor over the cost-of-living adjustments earlier this year and the recent VA scheduling scandal.

Those options contained within the CBO report are:

• Institute a time limit on initial disability applications to five, 10 or 20 years.

• Require the VA to expand its use of re-examinations.

• Restrict individual unemployability benefits to veterans who are younger than the full retirement age for Social Security.

• Supplement payments to veterans who have mental disorders.

Leave a reply Click here to cancel the reply