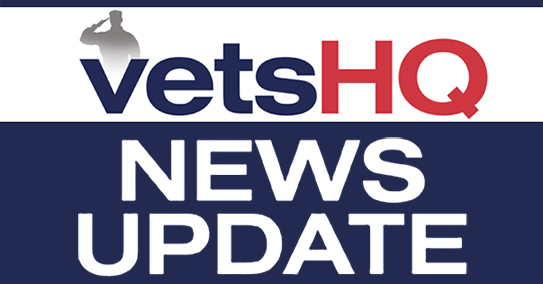 Case Study: Malaria drug causes brain damage that mimics PTSD (MilitaryTimes)
The case of a service member diagnosed with post-traumatic stress disorder but found instead to have brain damage caused by a malaria drug raises questions about the origin of similar symptoms in other post-9/11 veterans. According to the case study published online in Drug Safety Case Reports in June, a U.S. military member sought treatment at Walter Reed National Military Medical Center in Bethesda, Maryland, for uncontrolled anger, insomnia, nightmares and memory loss. The once-active sailor, who ran marathons and deployed in 2009 to East Africa, reported stumbling frequently, arguing with his family and needing significant support from his staff while on the job due to cognitive issues. Physicians diagnosed the service member with anxiety, PTSD and a thiamine deficiency. But after months of treatment, including medication, behavioral therapy and daily doses of vitamins, little changed. The patient continued to be hobbled by his symptoms, eventually leaving the military on a medical discharge and questioning his abilities to function or take care of his children. It wasn’t until physicians took a hard look at his medical history, which included vertigo that began two months after his Africa deployment, that they suspected mefloquine poisoning: The medication once used widely by the U.S. armed forces to prevent and treat malaria has been linked to brain stem legions and psychiatric symptoms. … Case reports of mefloquine side effects have been published before, but the authors of “Prolonged Neuropsychiatric Symptoms in a Military Service Member Exposed to Mefloquine” say their example is unusual because it shows that symptoms can last years after a person stops taking the drug. And since the symptoms are so similar to PTSD, the researchers add, they serve to “confound the diagnosis” of either condition. “It demonstrates the difficulty in distinguishing from possible mefloquine-induced toxicity versus PTSD and raises some questions regarding possible linkages between the two diagnoses,” wrote Army Maj. Jeffrey Livezey, chief of clinical pharmacology at the Walter Reed Army Institute of Research, Silver Spring, Maryland. Once the U.S. military’s malaria prophylactic of choice, favored for its once-a-week dosage regimen, mefloquine was designated the drug of last resort in 2013 by the Defense Department after the Food and Drug Administration slapped a boxed warning on its label, noting it can cause permanent psychiatric and neurological side effects. At the peak of mefloquine’s use in 2003, nearly 50,000 prescriptions were written by military doctors. That figure dropped to 216 prescriptions in 2015, according to data provided by the Defense Department. According to DoD policy, mefloquine is prescribed only to personnel who can’t tolerate other preventives. But Dr. Remington Nevin, a former Army epidemiologist and researcher at the Johns Hopkins Bloomberg School of Public Health in Baltimore, said any distribution of the drug, which was developed by the Army in the late 1970s, is too much. “This new finding should motivate the U.S. military to consider further revising its mefloquine policy to ban use of the drug altogether,” Nevin told Military Times. No data is available on the prevalence of adverse symptoms among those who take mefloquine. One randomized study conducted in 2001 — more than a decade after the medication was adopted by the military for malaria prevention — showed that 67 percent of study participants reported more than one adverse side effect and 6 percent of users needed medical care for a side effect. Yet mefloquine remains on the market while Walter Reed Army Institute of Research conducts research on medications in the same family as mefloquine, including tafenoquine, hoping to find a malarial preventive that is less toxic but as effective. Mefloquine was developed under the Army’s malaria drug discovery program and approved for use as a malaria prophylactic in 1989. Shortly after commercial production began, stories surfaced about side effects, including hallucinations, delirium and psychoses. Military researchers maintained, however, that it was a “well-tolerated drug,” with one WRAIR scientist attributing reports of mefloquine-associated psychoses to a “herd mentality.” … Mefloquine was implicated in a series of murder-suicides at Fort Bragg, North Carolina, in 2002, and media reports also tied it to an uptick in military suicides in 2003. A 2004 Veterans Affairs Department memo urged doctors to refrain from prescribing mefloquine, citing individual cases of hallucinations, paranoia, suicidal thoughts, psychoses and more. The FDA black box warning nine years later led to a sharp decline in demand for the medication. But while the drug is no longer widely used, it has left damage in its wake, with an unknown number of troops and veterans affected, according to retired Navy Cmdr. Bill Manofsky, who was discharged from the military in 2004 for PTSD and later documented to have mefloquine toxicity. He said the Defense Department and VA should do more to understand the scope of the problem and reach out to those who have been affected. … The patient in the case study written by Livezey continues to see a behavioral therapist weekly but takes no medications besides vitamins and fish oil. He sleeps just three to four hours a night, has vivid dreams and nightmares and vertigo that causes him to fall frequently, and continues to report depression, restlessness and a lack of motivation. The sailor’s experience with mefloquine has been “severely life debilitating” and Livezey notes that the case should alert physicians to the challenges of diagnosing patients with similar symptoms.

VA officially reviewing circumstances of vet’s suicide (WQAD)
In a letter to Iowa Sen. Chuck Grassley, the inspector general of the Department of Veterans Affairs said the circumstances surrounding the suicide of Davenport veteran Brandon Ketchum are officially under review. Grassley, as well as other members of the Iowa congressional delegation, have demanded answers from the VA in the wake of Ketchum’s death last July. The veteran’s family has claimed he was turned away from the VA hospital in Iowa City, despite having a history of suicidal thoughts and drug use. According to the letter sent by Michael Missal,  the VA’s inspector general, upon completion of the review, the department will “make every effort to share whatever information we can in accordance with applicable law.” In a media release, Grassley stressed the importance of independent reviews. “This is a good example of why we have independent watchdogs at federal agencies.  Inspectors general review agency work and point out problems that need to be fixed or confirm that policies and procedures are fine as is.  In a tragic situation like a veteran’s suicide, an independent review is especially important so the VA and Congress will be better informed to give veterans the care they need and deserve.” U.S. Rep. Dave Loebsack has also been working on the issue of veterans mental health. He was hosting a town hall meeting in Davenport Thursday at the American Legion Post on 35th Street to hear veterans’ concerns about mental health treatment. “As  I have long said, the loss of any veteran to suicide is one too many,” he said. “This tragedy, combined with the fact that over 20 veterans commit suicide every day, means that something must be done to address this crisis.” Iowa Sen. Joni Ernst joined Grassley’s call for an investigation into the events surrounding Ketchum’s suicide. “The tragic loss of Brandon underscores how critical it is that every veteran is receiving quality and timely care from the VA,” Ernst said. “I am pleased that the VA OIG has answered our calls for an investigation into the circumstances surrounding Brandon’s death, including the alleged denial of urgent treatment, so we can determine what went wrong and take the steps necessary to ensure this never happens again.”

Sen. Moran blasts VA for poor treatment of veterans (The Hays Daily News)
Just up the road from the Kansas Veterans Cemetery and with several veterans in the audience, Sen. Jerry Moran, R-Kan., on Wednesday criticized the agency tasked with overseeing veterans’ health care. Approximately 20 people gathered to hear and question Moran at the Western Electric Cooperative community room at the Trego County stop of his listening tour while Congress is on break. Two years after a scandal showing negligence within the Veterans Administration, Moran said the department still is mismanaged. “I believe the VA is allowing too many veterans to slip between the cracks,” he said. “If you need proof that big government doesn’t work well, the VA is a pretty good example,” he said. Veterans’ health care is the No. 1 complaint his office receives now, he said. Moran said Congress is focused on implementing the Veterans Choice Act, a law passed in 2014 in response to the discovery the VA was lying about wait times for veterans to see doctors. Internal investigations that year showed at least 35 veterans had died while waiting for care in the Phoenix Veterans Health Administration, and nationwide, thousands of veterans waited 90 days or more to see a doctor, if they saw one at all. The Veterans’ Access to Care through Choice, Accountability and Transparency Act of 2014 provides veterans who live more than 40 miles from a VA health facility or who have to wait more than 30 days for treatment from a VA facility can seek care at a non-VA facility, such as their own doctor or local hospital. “That, in my view, is a really, really good thing for veterans,” Moran said. “It is also a good thing for our health care delivery system in our home towns. Just like our schools need every student, our hospitals need every patient.” But, he said, the VA is fighting the law. “The VA doesn’t like this at all,” he said. “They’re making it difficult for veterans to qualify. They’re slow in paying the bills. “The VA has testified that veterans don’t want this law,” Moran said. “That can’t be true. If they don’t like it, it’s because of the experiences they’ve had in trying to get in it and getting the services they need.” The senator told the audience his office had been contacted by a veteran from Moran’s hometown of Plainville who needed a colonoscopy. The veteran wanted it done at the hospital there, but the VA told him he could not because there is a clinic less than 40 miles away in Hays. However, colonoscopies are not among the services in the Hays outpatient clinic, so the VA told the veteran he had to go to its hospital in Wichita. A veteran in the audience suggested the VA hospital system be done away with and veterans be allowed to choose their medical providers. “If we can prove this works, that’s the direction I think that this can go,” Moran said. “There may be specialized services that only the VA can provide,” such as mental health care for veterans suffering from PTSD, he said. “But there is a lot of opportunity for us to downsize the big volume of VA and put people at home.” He urged those in attendance to help make sure veterans are using the Choice Act, even if that person is ready to give up on it. He said veterans facing difficulty with getting care at home should contact his office or officials with the VFW or American Legion for help. “Make sure someone connects with this veteran so that if they’re willing, we force the VA to do what they’re supposed to do and care for these people,” he said.